What are the pros and cons of Trump’s views on trade? 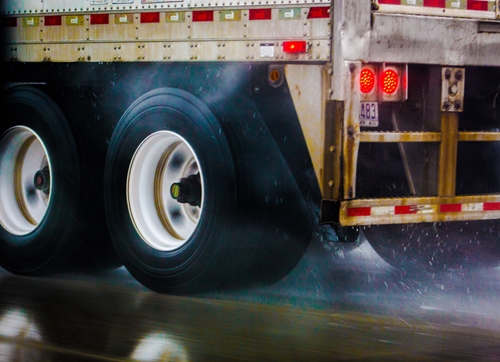 07 Feb What are the pros and cons of Trump’s views on trade?

President Trump had quite the first full week of his presidency, and one issue in particular will have a direct effect on the trucking industry.

Trump has consistently voiced his displeasure with existing trade deals, most notably the North American Free Trade Agreement. After pulling out of the Trans-Pacific Partnership, Trump signaled his desire to rework NAFTA.

But what effects will that have? It’s hard to definitively say, but we do know there will be positives and negatives.

Free trade’s impact on trucking
Since 1994, NAFTA has added billions of dollars to the value of goods moving between Canada, the U.S. and Mexico.

“Since 1995, the value of goods traveling between the U.S. and Canada has risen dramatically – nearly 168 [percent] to $712 billion, supporting thousands of jobs in the trucking industry,” said Sullivan.

In 2015 alone, trade in North America increased to about $1.14 trillion. Together, the three countries’ economies have generated $20.8 trillion and created nearly 5 million jobs in the U.S., The Balance explained.

“Trucking and trade are interconnected.”
Negatives
Any change in agreements that raises the cost of trading with Mexico and Canada will have a negative impact on trucking. This is because importers in the U.S. are also exporters, meaning companies (including fleets) often have overlap when moving goods.

Another negative is that the global supply chain is robust. For example, the bodies of cars might be built in Detroit while the brake lights are made in Mexico and transmissions come from Canada. If any borders are closed to trade, supply chains may be rattled.

The Trump administration also raised the prospect of enacting a 20 percent tariff on imported goods from Mexico to help pay for the proposed border wall, according to The New York Times. But such a move, if made in haste, will likely cause Mexico to retaliate and make it more difficult for trade. There’s also the risk of the demand of goods from the U.S. declining.

Due to the tight integration of supply chains, trucking is highly susceptible to disruption. The industry will be affected the most by any changes in NAFTA because nearly 60 percent of trade is truck-based. Changes will surely reverberate throughout the entire industry.

For starters, one of Trump’s goals would seek to overhaul the tax code and ease regulations, Marina Whitman, a professor of Business Administration and Public Policy at the University of Michigan, told Heavy Duty Trucking. The administration may also save manufacturing jobs in Texas, though the exact number is unclear.

If the U.S. renegotiates or pulls out of NAFTA, it may open the door for growth into different markets. At the moment, there is a big opportunity to explore trade options with Asia. Such a move would benefit the trucking industry because of a large number of freight shipments from Asian countries arrive on the West Coast. These shipments need to be delivered and the most reliable way is trucking.

We’re still in the early days of the new administration. But it’s clear President Trump wants to act on an agenda he laid out during his campaign – changing America’s view on trade.

Any changes will affect trucking, which is why the trucking should start paying close attention and potentially start preparing for impacts to their business operations.