Trucking’s future under a new administration 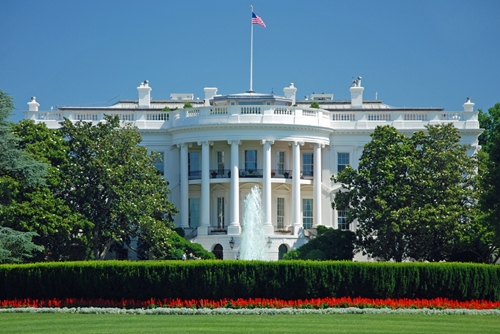 With Inauguration Day just over one month away, the trucking industry is trying to get hints of what the next four years might entail under President-elect Trump.

Since his upset victory, Trump has been laying the groundwork for his administration and proposals, one of which was a $1 trillion infrastructure spending plan. While certainly a lofty goal by any standard, an infrastructure plan might garner enough bipartisan support to pass in Congress.

Yet, infrastructure isn’t only the only development the industry is closely watching.

Who will be agency head?

“President-elect Trump named Elaine Chao to become the next Secretary of Transportation.”

She will first have to be confirmed by the Senate, although The New York Times stated her confirmation likely won’t face much resistance. The publication called Chao an important pick because of her prior experience in the transportation and private sectors. Chao has been applauded for finalizing transactions involving vehicle financing.

Furthermore, The Times called Chao an essential player if Trump wants to make good on his infrastructure pledge. Chao’s experience in the private and public sectors – she’s married to Senate Majority Leader Mitch McConnell – can come in handy when dealing with various political leaders.

In a statement, American Trucking Associations president and CEO Chris Spear applauded the move. Spear previously worked with Chao in the DOL and called her an experienced, qualified and dedicated person for the job who will ensure America’s freight continues to move efficiently and safely.

“We are eager to support her as our country and our industry work to improve our roads and bridges, improve safety, and harness the potential that emerging technologies have to continue to move our country forward,” said Spear.

With a transportation secretary in place, now come the difficult questions.

The ATA has been a chief proponent in fixing America’s roads and bridges. Not only will repairs make roads safer, but transportation companies also benefit from reduced traffic times.

But President-elect Trump’s plan will likely face scrutiny, mostly around its price tag. There’s no denying Trumps pledge to fix America’s infrastructure, and the American Society of Engineers said $1 trillion is a significant investment.

However, Republican Mark Meadows told CNN that paying for the plan is the difficult part. Lawmakers can’t just rely on tax increases to cover costs. Similarly, congressional leaders don’t want a plan that will just add to the federal deficit.

Some industry analysts believe a transportation spending plan may have to include private money to fund projects. This is also challenging because companies will want to generate profits likely through the use of tolls.

No one likes toll roads – just ask Texas residents and politicians. According to the Texas Tribune, Texas leaders have pushed back against the idea of more tolls.

An infrastructure plan is on the incoming administration’s wishlist, although questions remain over funding.

“Texas leaders have pushed back against the idea of more tolls.”

Status of rules and regulations

Under the Obama administration, the trucking industry has seen more than its fair share of regulations and rules finalized.

A new administration means a new mindset and different outlooks on trucking. Fleet Owner stated it’s unlikely that there will be a wholesale rollback of regulations, but some rules will be stuck in limbo for the time being.

Any rule that has not already been finalized is likely not going to be published. Additionally, rules finalized late in the Obama administration are subject to congressional review and could be undone.

One rule that might be overturned is the greenhouse gas and emissions rule from the Environmental Protection Agency. Congress has the authority to withhold funding and make the rule essentially useless. Congress’s power doesn’t mean every rule will be reversed however. Fleet Owner stated that unlike the EPA rule, electronic logging devices will likely stay because of its large backing in the industry.

It will take some time to see how a new administration wants to work with the trucking industry, but there’s no denying changes are in store.