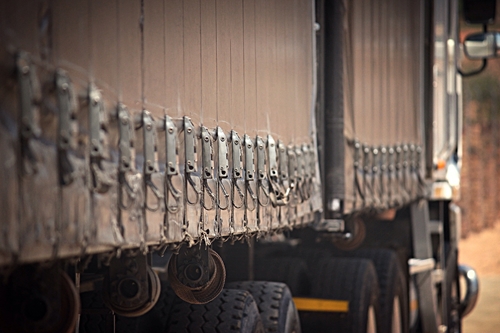 A 90-day commenting period for the U.S. Department of Transportation’s speed limiter mandate came to a close in early December, and the rule remains as divisive as ever after the public submitted nearly 4,500 comments.

Drivers, trucking organizations and other industry insiders all had strong and significant opinions after DOT’s rule was first proposed, and it still remains controversial at the close of its commenting period.

According to Fleet Owner, a majority of public comments came from the trucking industry and are largely critical. Industry insiders don’t appreciate how the rule seems to value opinion polls over data.

“The rule remains as divisive as ever after the public submitted nearly 4,500 comments.”

A lack of data is one reason why the American Trucking Associations stated it can’t support DOT’s rule, even though it has officially supported a national 65 mph speed limit on interstates and an implementation of speed limiter devices since 1992

In its comment, the ATA highlighted a few major points of concern. The ATA’s comment (currently viewable at Regulations.gov) laid out those concerns.

Speed limiters would need to be installed on new vehicles only, meaning thousands of older trucks wouldn’t be outfitted with limiter devices. Additionally, the DOT didn’t make any mention of ensuring speed limiters remain tamper-proof.

As such, the ATA stated it can’t support the rule in its current form and voiced its displeasure in a public comment.

“In short, the NPRM leaves too many important questions unanswered—questions that the agencies cannot simply shrug their collective shoulders at,” said the ATA.

Can anything be done?

With the public commenting period over, it’s now up to the three federal agencies to read and consider them. From there, the rule may undergo changes based on feedback or may stay the same. Whatever occurs, the trucking industry should expect a finalized rule to be published sometime in 2017.

“It’s now up to the three federal agencies to read and consider comments.”

Some concerns by trucking organizations may be alleviated. For example, the ATA would prefer more research and data indicating the proposed rule wouldn’t create new safety hazards. If the DOT provides that information, the ATA stated it would be able to more seriously consider the proposal.

Yet, rulemakers also have to consider comments from other industry groups such as the Owner-Operator Independent Drivers Association, who provided the harshest feedback, according to CCJ.

In their 41-page comment, the OOIDA worries the proposed rule would harm owner-operator and independent fleet’s competitive ability in the marketplace.

Given these concerns, it’s important the DOT, NHTSA and FMCSA revise their rule and take public comments into consideration. These actions can include more research and data to backup some proposals. For example, the OOIDA pointed out no hard data was cited that demonstrated the driver and motor carrier experience with a speed limiter. Instead, DOT’s proposal relied on hypotheticals.

If public comments aren’t taken into consideration and changes aren’t instituted, the rule will remain a lightning rod for controversy within the trucking industry.