Are there short-term solutions for sagging driver retention rates? 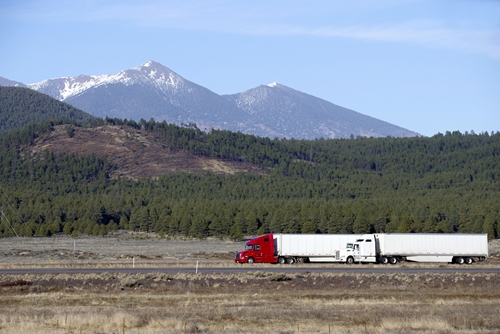 07 Feb Are there short-term solutions for sagging driver retention rates?

Posted at 20:25h in Industry News & Trends by admin 0 Comments
0 Likes
Share
The country’s truck driver shortage is currently estimated to equal around 50,000 drivers. It’s not a new problem, but one which must tackled head on and with some urgency.Former American Trucking Associations president and CEO Bill Graves recently wrote that the shortage of technicians and drivers is not only real, but expected to get worse because of regulations and compliance standards.

But are there ways for trucking companies to weather an approaching storm while attracting new drivers and retaining current ones? It won’t be easy, but fleets can utilize a few methods to combat the shortage.

Why fleets need to act now

The earlier fleets take a proactive approach against employment shortages, the better. In an interview with Fleet Owner, Leah Shaver, chief operating officer for the National Transportation Institute, said regulations are a big factor for current and future driver shortages.

“Regulations are a big factor for current and future driver shortages.”

Electronic logging devices, hair testing, speed limiters and a handful of health guidelines have all been cited as some of the more pressing concerns. Regulations may have an impact on capacity limits, and Shaver estimated the ELD mandate could potentially affect capacities by 5 percent.

“Regulatory drag will further reduce existing [driver] capacity,” added Shaver. “We believe regulation is going to push us to a breaking point in the not so distant future.”

One way fleets can improve the labor situation is to improve driver pay while making a strong push for millennial drivers.

Every driver has a list of wants and needs, and pay is often chief among them. Competitve median pay is a great part of the appeal for many drivers. According to the U.S. Bureau of Labor Statistics, 2015’s median driver pay of $40,260 annually is well above the median earnings for an individual who only has a high school diploma and in line with the earnings of a recent college graduate.

However, the driver turnover rate is in the 90 percent range, explained Forbes contributor Kevin O’Marah. Truckers realize the job is demanding because it requires long hours away from home, but this doesn’t mean their concerns or needs should go unnoticed.

The average driver has a handful of core values he or she holds dearly. Among them is a desire for respect.

Respecting drivers is easier said than done. Some drivers don’t feel like they belong at an organization and this directly contributes to turnover issues. To combat high turnover, fleets should highlight progression paths for drivers. These can include higher incremental pay increases, bonuses or new opportunities. For example, some drivers may be interested in training new hires, while others may want to shift to more technical and maintenance roles.

Fleet should continue to work with drivers even after they’ve been fully onboarded and equipped to navigate the interstates on their own. Those open lines of communication can be used to provide helpful and necessary feedback for individuals on their performance and work ethic.

One way to help with feedback may be creating a mobile application that allows drivers to communicate with their superiors.

A mobile app can serve many more functions, though. For instance, apps can show drivers fueling and trailer locations for when they need to take a break or provide information on the current load. These apps may even provide weekly training videos and other tips.

An app helps fleets connect with drivers because it shows they care about their professional development and well-being. It also makes the job easier while on the road.

“Autonomous trucks will have an impact on the trucking industry and labor.”

Autonomous trucks will have an impact on the trucking industry and labor. The only question is, how soon?

The good news is drivers will still be needed because technology isn’t at the point where trucks cannot operate without a human operator. Currently, there are five levels of automation and each requires varying degrees of human interaction, according to Heavy Duty Trucking:

According to the American Transportation Research Institute, driving careers may become more attractive once trucks reach the last two levels because automation can break standard routines and let drivers work on logistical tasks. Automated trucks may even allow drivers to spend more time with their families, which would address one of the biggest complaints about today’s trucking industry.

However, these potential benefits are still some time away, and fleets shouldn’t just rely on new technology to retain drivers.

Driver retention is a serious concern at a time when new hires are difficult to come by. But fleets can’t wait around and hope labor conditions change. Instead, they should take a proactive approach to improve the workplace by offering clear paths of career progression, pay raises and new opportunities.